There is a certain thrill that comes in experiencing the unexpected, visiting the unknown.  Perhaps we are born with a yearning to explore new places.  Once fed, the hunger to roam becomes more urgent, as almost unwittingly there is the construction of a new appetite.  I have this appetite.

Although my mantra is any road trip is a good road trip I was not overly intrigued by the idea of visiting Selma, Alabama.  I was, however, motivated by the possibility of any unforeseeable events that may lay in store along the way.

Our little group had agreed to meet up early that Wednesday.  There before the others, I remember parking and looking about, wondering if in fact our vehicles would be the first in any parking lot on JSU’s campus.  Jacksonville seemed eerily silent before sunrise.  Leaning against the car, I sipped my coffee and enjoyed the solitude, knowing it very well could be the only quiet moment of the day.  Admittedly, I was anxious.  This was the first time I’d ever ventured off with a group of folks I did not know and although I fought against it, my mind kept whispering trapped in a car for a long period of time.

One by one they began to arrive.  Quickly I slid in behind our driver for the day –a highly intelligent, unpredictable, fun-loving fellow who also happened to be our Southern History Professor, Dr. Harvey Hardaway Jackson III.  The remaining crew consisted of three female students all of whom I’d already labeled as “talkers”.  For this I was exceedingly grateful as I tend to be overly quiet around folks I don’t know.

Hardy –forgive the informality, but many years have now passed and the friendship is surely sealed, forever tight –Hardy had offered up an open invitation in class that anyone who cared to join him should, as he was scheduled to speak at the Selma Public Library regarding his latest book Inside Alabama: A Personal History of My State.  Dog-eared copy in hand, I was the first to sign up.

Once on the road, we fell naturally into the previous day’s discussion on why it is we Southerners think and act as we do.   I can honestly admit that prior to his classes, I’d never paused to question such things.

Before we knew it we were nearing Montgomery.  Hardy detoured through Lowndesboro, explaining it was “not so much a town as a string of historic buildings”. The 2000 census placed the population at 140.  As we followed the route taken on the Selma to Montgomery march of 1965, he explained that it was just outside of Lowndesboro that Viola Liuzzo, a young civil rights activist from Michigan was chased down by the KKK and shot.  Liuzzo was driving Leroy Moton, who had recently participated in the second march, to the airport.

Hardy eased the car off the road, stopping at an old white church.  It immediately reminded me of the Baptist Church my grandparents had attended when I was a child.  Oh, how many sweltering summers my cousins and I spent in those small back Sunday school classrooms, making crafts, memorizing Bible verses and sweating bullets during Vacation Bible School.

After walking around and taking a few photos, we loaded back up and headed to our next stop.

St. Paul’s Episcopal Church was built in 1857 from a popular pattern found in a book by Richard Upjohn.  The Episcopal church in Jacksonville, AL was based on the same plan.   “You usually find Episcopal churches in settlements where wealthy planters from South Carolina and Georgia settled,” he further explained. 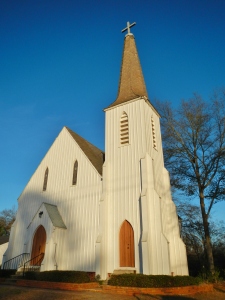 Our last stop before making our destination was Sturdivant Hall.  Built in 1852-1856 as a townhouse for Colonel Edward Watts, the Greek Revival neo-classical architecture is breathtakingly beautiful.  Hardy walked us through the house, discussing various objects and artwork.  A woman nearby explained that workers were brought in from Italy to complete the plaster and marble.  Never did she whisper that the house is allegedly haunted by former owner and banker, John Parkman. 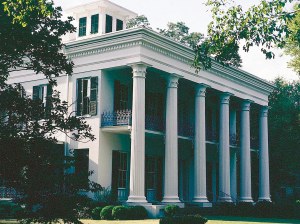 Before leaving, we all gathered in close for a photo. 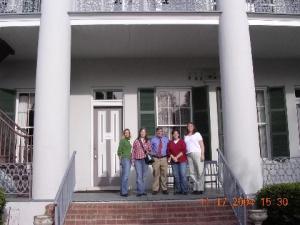 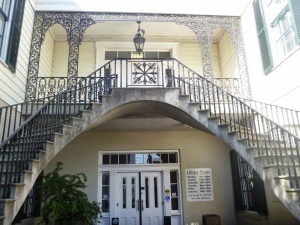 By the time we reached Selma Public Library, I already felt as though the trip had been worthwhile.

While Hardy was busy socializing, the girls and I all went our separate ways.  Longing for a quiet moment, I walked around the library admiring the paintings.  From the corner of my eye, I noticed an older lady had come to stand close by.  There was an ease to her that I still cannot describe; she too seemed caught up in the combination of beauty and quiet separateness.

“Sunflowers are the most beautiful flowers, don’t you think?” she asked admiringly, indicating a nearby painting.  I recognized the softness of her Southern drawl.  She noted the difference in mine as well and as we wandered along she inquired as to which part of North Alabama I was from.  She asked if I gardened and we chatted about growing up in the South.  The sound of her voice was lulling, soothing and it was with disappointment that I realized we had arrived in the area where Hardy was to speak.

Although I was looking forward to listening to my professor’s tales of the South, I was disappointed that my time with her had ended.  As we took our places, she slid in beside me and another girl from our group.  I smiled, pleased that she was joining us and realized with a start, I’d not asked her name nor introduced myself.  I happened to look beyond her to my fellow traveler whose eyes were now weirdly wide.  What the hell is she doing, I wondered.  She mouthed Kathryn…Tucker…Windham, nodding at the woman I’d been chatting with.  Suddenly I understood the peculiar expression on her face.  The knowledge was devastating, as if I had been hit full in the chest with a crowbar.

I’d been wandering about, passing the time with my favorite childhood author and had not even known.  Mrs. Windham had surely been saved from much gushing and stammering.

Feeling equally blessed, I sat and listened as Hardy recounted family tales of courage, feuds, Good Ole Boy politics, his daddy’s poutin’ house, Southern chivalry that was not dead, and all the glorious things that had once separated Southern culture from that of the remaining nation.  I listened to Hardy, but could not keep my eyes and thoughts from Mrs. Windham.  Had the chance, lost it, kept running through my mind.

With his talk completed, Hardy walked about shaking hands and hugging necks.  I noted that the majority of the audience was indeed female.  This garnered a well-deserved smirk; smart man, when he caught my eye, he knew exactly what it meant.  Mrs. Windham joined us for a moment before we left and I learned that she and Hardy were ‘cousins-in-law’.

Before heading north, we made one more stop at Old Live Oak Cemetery.  If only the wisteria had been in bloom, large white magnolia blossoms scenting humid air.  Though these were not yet visible, we Southerners knew they were there and could smell them just the same.

“There is glory in the graves” read the inscription on a nearby Confederate monument.  In 1879 Colonial N.H.R. Dawson purchased eighty Live Oaks and eighty Magnolia trees in Mobile, Alabama and had them planted throughout the cemetery.  Spanish moss drapes down from ancient oaks as if trying to enshroud the chivalrous dead; their cannons, still close at hand, aim northward.

I rode to South Alabama with one storyteller, and ended up meeting another.

It was a charmed meeting.  But, as we made the return trip, I couldn’t help but feel that I’d been cheated –I’d have asked about her favorite memories, the foods she longed for when she was with family… With a slow smile I realized exactly why she had skipped the introductions.  Was it not so much more to wander, admire the beauty before us together and speak gently, proudly of our South?

On 231, just north of Rockford, Alabama we passed Sears Chapel Methodist Church.  Hardy slowed the car and we lowered the windows.  I imagine each and every one of us held our breath, thought of Mrs. Windham and her love of ghosts and listened for the baby crying in the road. 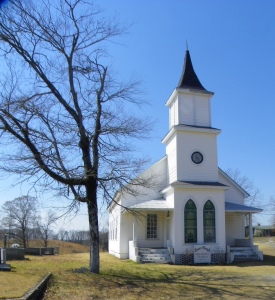 It had indeed been a road trip to remember.  Looking back, I am reminded how quickly a moment can pass and how we do not know the moment for what it is until much later. That trip was a catalyst that sent me down another road; a conglomeration of memorable moments those two years with Hardy have become.  They are firmly cemented as well.  While meeting Mrs. Windham was a true gift, it was the tutelage of Dr. Hardy Jackson that took my life in an unexpected and better direction.

How often the unexpected moments become the focal point, rather than the destination. Sometimes you set out on a jaunt, and bring back a little more than you anticipated. 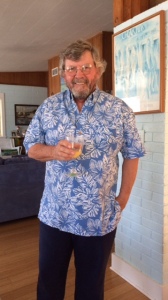 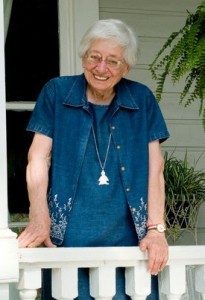 Mrs. Windham was a reporter for Alabama Journal, The Birmingham News and later the Selma-Times Journal where she won Associated Press awards for photography and writing. 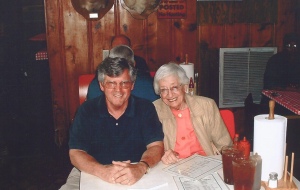